New Year festivities traditionally start on the first day of the lunar month, when the moon is brightest (full moon in the middle of the month). The Chinese New Year brings also the start of the solar term “Beginning of Spring” period and celebrated as Spring Festival and can fall anywhere between late January and the middle of February as per Western calendar.

But it is not the Western calendar or horoscope what has my interest, on the contrary, it is the Chinese zodiac with predictions for the twelve animal signs. Chinese Astrology is based upon a twelve-year lunar cycle. Your sign is determined by the Chinese calendar year in which you were born. Each sign and those born under it, are represented by one of twelve animals.

According to Chinese Fortune-telling practice and calendar, the first day of this year Green Horse reign begins on 4th February 2014 in China’s time zone. The new astrological year starts with the first day of the first month (Tiger) and signifies the start of solar term “Start of Spring” called 立春 Lichun on the Solar calendar. An often made mistake with Chinese astrology is the misconception that the zodiac signs start on Chinese New Year day which was on 31st of January following the Lunar calendar. This is due to the fact that the Chinese Lunisolar calendar is a combination of both the Lunar and Solar calendar together, which is easy to recognise on a traditional calendar but not shown on the standardised calendars.

An ancient folk story tells about the Great Race where the Jade Emperor announced to the entire animal kingdom that there would be an amazing race. Another version tells about the legend where Buddha summons all the animals of the Universe for a race before he would depart this earth. In both stories only twelve animals came and in the order they had arrived, each of them was rewarded with a year named after them. Thus the zodiac order was determined by; the rat, ox, tiger, rabbit, dragon, snake, horse, goat, monkey, rooster, dog and pig. The characteristics and traits of these animals are said to influence the personality and fate of everything and everyone born in that year. 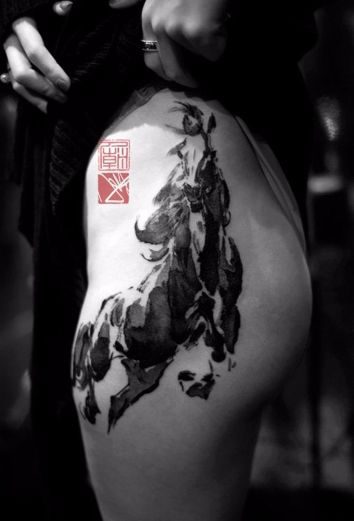 Another reason I like to use the Chinese zodiac is without the risk being discourteous, you can figure out a person’s age by asking for his/her Chinese animal sign. The zodiac has twelve animals in consecutive order each with a twelve-year cycle, therefore it is easy to calculate whether someone is older or younger than you by years, not date and month you do not turn into being clairvoyant ;-). It also sounds much more pleasing to mention being one or two rings (cycle) younger or older instead of 12 years younger or 24 years older.

Curious to know what the Green Horse Year might have in store for us; Will it be bad for business; will conflicts resolve or will new opportunities emerge to take up the challenge. Have a peek at a few excerpts of predictions made by diverse international renowned and acclaimed Chinese Astrology, Feng Shui experts. Click on the highlighted web links for direct access to their website on more in-depth explanation and information.

The book Chinese Astrology is written by famous Shelly Wu, her horoscope columns and feature articles have appeared in numerous magazines and on Associated Press, ABC News, the BBC. According to Shelly Wu who lives in America; the Horse year will show a better economy in intense competition with continual motion of forwarding movement where even hardcore procrastinators will move ahead with plans.

Master Lynn Yap, Singapore’s Feng Shui Queen, believes the forthcoming Year of the Horse will be “very challenging” for the property, as it is predominantly a strong fire year with no “water” element. “Water” elements are very important when it comes to auspicious property investments. Since the earth will be very dry, property, which is an “earth” element, will see prices start to fall sharply in the first half of the year.

Grandmaster Raymond Lo, a native of HongKong is one of five people alive who has earned this esteemed title as from 2013 from the International Feng Shui Association (IFSA). He is one of the most sought-after professional Feng Shui and Destiny consultants in the world, famous for the accuracy of his predictions. His view on the Year of the Horse 2014 “as the nature of the elements are not that peaceful. Yang wood symbolises a tree which is stubborn and sticking to principles, hard to compromise, and Horse is very powerful elements of fire energy bringing explosions and gun fire”. Read the full article click here.

These are just a few of the many respected Chinese astrologers & Feng Shui experts, if you have a favourite expert send me a note and I will add the name on the Feng Shui list. While the year just began, one thing is clear for better or worse it is going to rumble!

Asianfoodtrail.com is a lifestyle blog about life, travel, food and more. Find a recipe for a great home-made dish or read more about travel tips to the East. You will find easy reads on daily slices of life, reviews of handy tools and gadgets, and all that we find along the way on our asianfoodtrail.

Disclosure
This site contains affiliate links from Amazon, Gourmet Ads, Health Ads, other blogger’s content (e-books, classes & more) and other companies. By purchasing through these links Asianfoodtrail earns a small commission, however you pay the same price for the item (it does not increase). The full disclaimer and disclosure transcript link can be found on the left sidebar or click here.

Content and Images
©Asianfoodtrail – Unauthorised use and/or duplication of this material without express and written permission from this article’s author and/or the blog’s owner is strictly prohibited. Excerpts and links may be used, provided that full and clear credit is given to www.asianfoodtrail.com and Asianfoodtrail Blog with appropriate and specific direction to the original content.